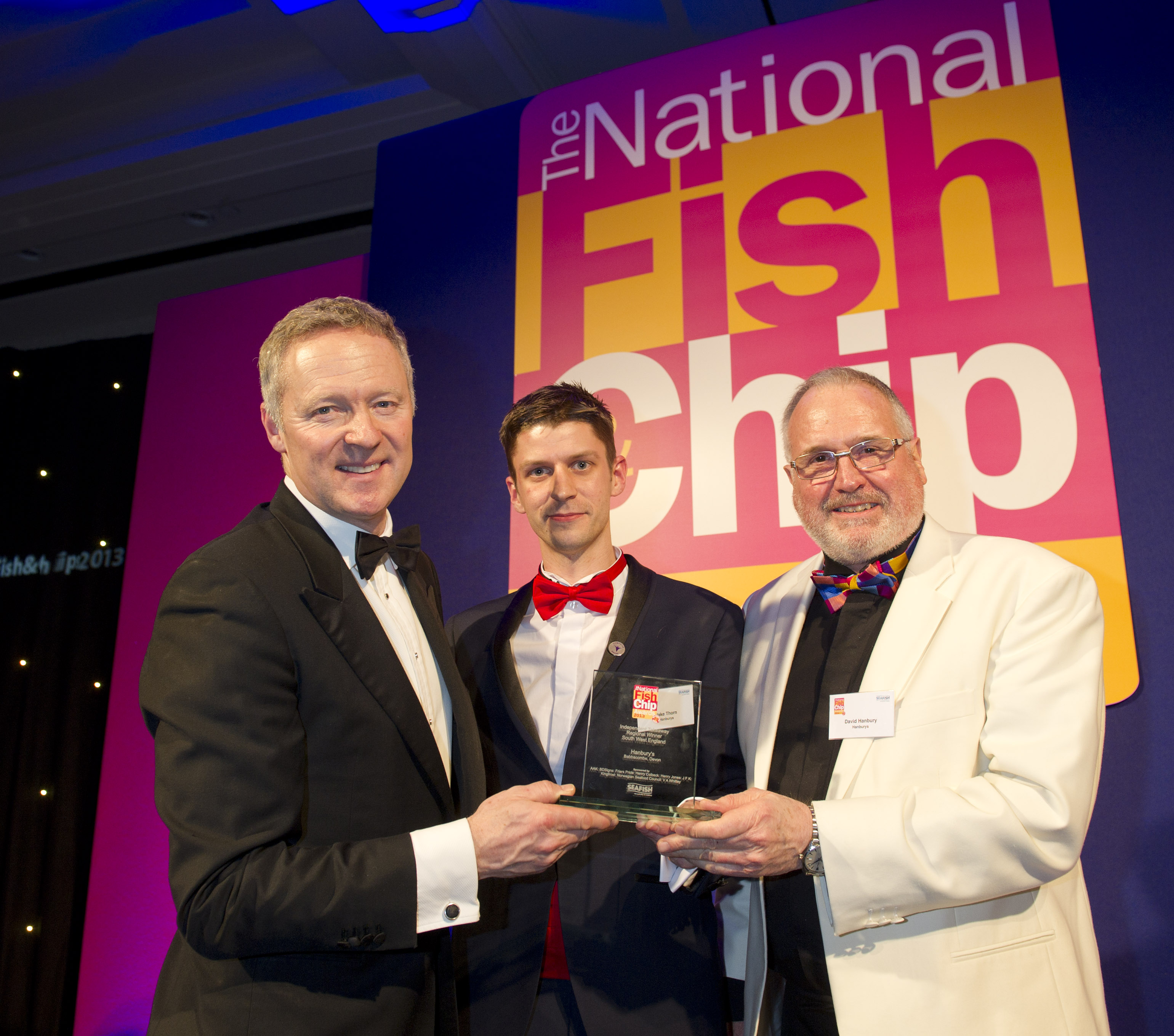 In January, Jake Thorn and David Hanbury receiving their award for being the 3rd best Independent Fish and Chip Shop in the UK. The trophy was presented by Rory Bremner at a prestigious ceremony in London.​

In September 2012, Hanbury’s found out that it had won the South West Independent Fish and Chip Shop of the Year Award 2013. This was now the 8th time that Hanbury’s had won this award 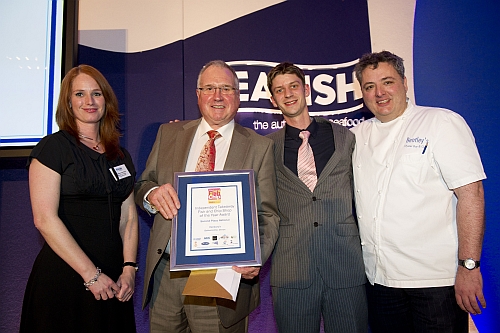 The award was presented by celebrity chef Richard Corrigan who said “Combining heritage with innovation, skill with approach, attention to detail with great produce, Hanbury’s is deserving of their title as one of the UK’s best fish and chip takeaways. A brilliant execution”. 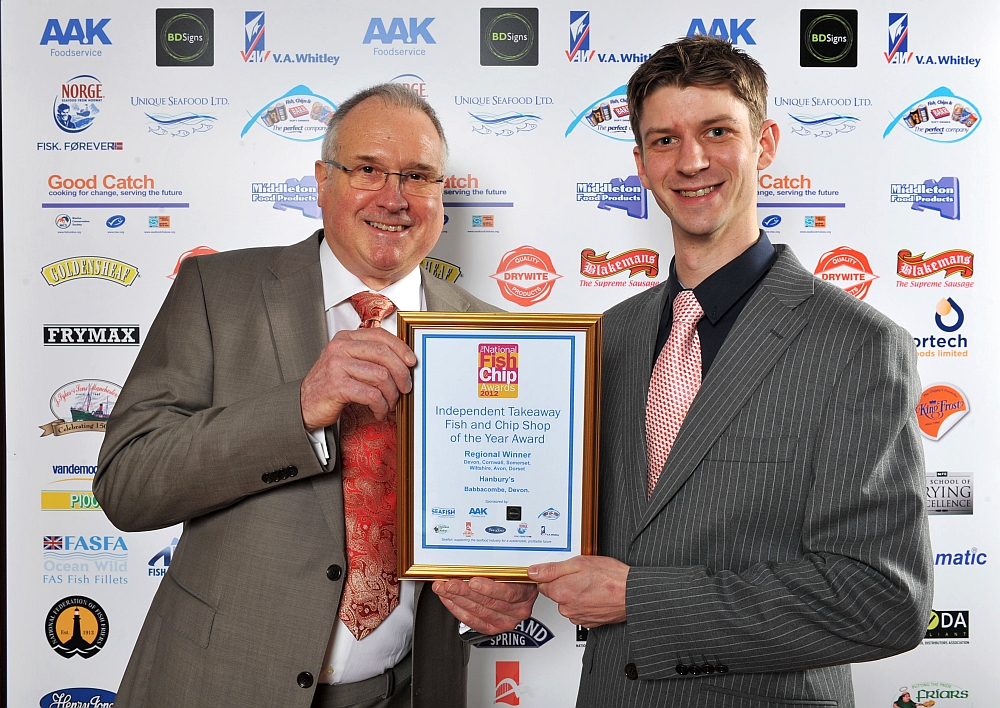 In September 2011 Hanbury’s attained a National Federation of Fish Friers Fish and Chip Quality Award. The Quality Award is given to those shops throughout the UK that provide top quality fish and chips in a clean, hygienic and safe environment, assessing them against a quality benchmark and passing an inspection and taste test.​ 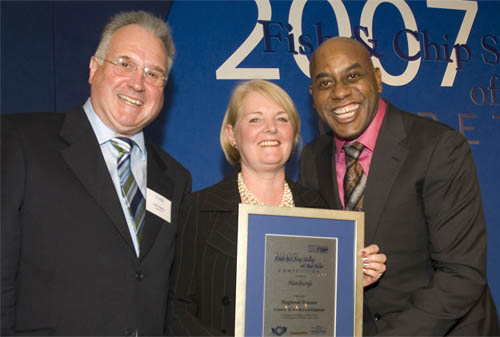 David and Maureen Hanbury received their award from celebrity chef Ainsley Harriot at the 2007 National Fish & Chip Shop of the Year Awards. The awards ceremony was held at the Kensington Gardens Hotel London.​ 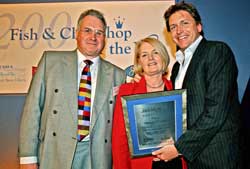 David and Maureen Hanbury receiving their award at the 2004 National Fish & Chip Shop of the Year Awards from chef James Martin. The awards ceremony was held at the Tower Thistle Hotel in London.​ 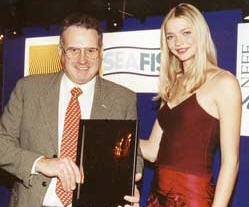 David Hanbury receives his runners up award from from top model Jody Kidd at the presentation ceremony for the 1999 National Fish and Chip Shop of the Year awards at the Café Royal in London.​ 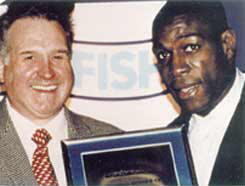 David Hanbury receives his runners up award from Frank Bruno at the presentation ceremony for the 1997 National Fish and Chip Shop of the Year awards at the Café Royal in London.

A visit to Babbacombe Bay would not be complete without visiting Hanbury’s Takeaway to enjoy their multi award-winning famous ﬁsh and chips. 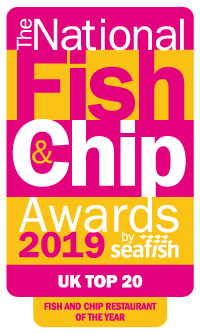 Sorry, we regret to inform you the restaurant is closing as a restaurant as from Friday 17th 12th 2021.

However, we will continue to serve takeaway and gluten free fish & chips from the restaurant on Friday and Saturday nights from 4:30pm.

You can order through our click and collect app.

Book now via the app:
Click here for the app

Sadly, the restaurant is still closed until further notice.